The story of Moses at the burning bush is familiar and beloved, burned on most of our minds by either the 1956  film The Ten Commandments with Charlton Heston and Yul Brynner, or the 1998 DreamWorks animated version, The Prince of Egypt.

As a reminder: During a time of famine, Jacob and his family had relocated from Canaan to Egypt. Joseph (of the multi-colored coat fame) was second in command under Pharaoh. Egypt was able to provide food for its own citizens as well as many others in the region. At the end of Genesis (47:21) and beginning of Exodus (1:10-11), we learn that both Egyptians and Hebrews were enslaved by Pharaoh over time, but by the time of Exodus the Israelites had multiplied to the point that Pharaoh feared they could either escape or overtake the Egyptians, based on numbers alone. Thus the order that all male babies (females were no threat—what a mistake!) were to be drowned (Ex. 1:16). Moses is saved first by the midwives who deliver him, again in a daring plot by his mother and sister, and again by Pharaoh’s daughter, who adopts him as her own.

Here in chapter three, Moses has fled for his life after killing an Egyptian taskmaster, and is now established among a Midianite family, married to the daughter of the priest of Midian. Egypt is long ago and far away for Moses, so God’s instruction here to return there is quite a shock. Moses gives God every excuse he can think of for almost 2 chapters, but ends up going back to Egypt and leading the people out. The scene with the burning bush is only the beginning of the drama! 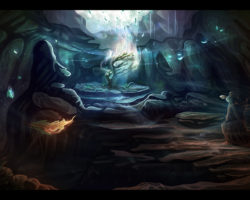 Some things to notice:

God uses a spectacle to get Moses’ attention, then speaks to him. Perhaps God thought Moses wouldn’t respond to God’s voice.

Question: I wonder if we have missed God’s voice speaking to us, or ignored it, and if something more spectacular would hold our attention instead?

God has heard the cry of the people. We don’t have any account of this crying out to God; the prayers of God’s people are assumed. God has heard them, and now God is responding.

Question: God’s people were enslaved in Egypt perhaps for hundreds of years. How long do you think God takes to answer prayer? How long have you had to wait?

God’s intervention comes in the form of sending Moses, who had escaped the harsh life under Pharaoh, right back into the fray.

Question: how has God used you to disrupt injustice? Have you ever, like Moses, encouraged God to send someone else instead?  What do you have “in your hand”, like Moses’ staff, that God might use?

God’s name is revealed in this story, when Moses asks, “Who shall I say has sent me?” (3:14). The answer is really just a verb– “I AM”. This is kind of a confession of faith, believing that God IS. In Jewish tradition this word is unpronounceable, out of respect. The letters are YHWH from which we get the word Yahweh; when you see LORD in all capital letters in your Bible, it’s that word being translated (there are many names for God used in scripture). God’s name being a verb reminds us that God is present and active!

These first 14 chapters of Exodus are the story of a cosmic battle: whose God is more powerful? The Egyptian Pharaohs regarded themselves as “Son of God”, much like the Roman Caesars after them. Moses may not know the extent of the resistance he will meet when he confronts Pharaoh, or the battles that will be waged in the form of plagues and finally death. He may not know the complexity of what God is willing to do to liberate the Israelites from enslavement and oppression. But, having turned aside to see a great sight, he continues to follow God, bringing God’s people out of Egypt and on their way to the promised land.